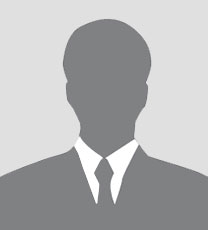 R. Kannan joined the Institute for Financial Management and Research (IFMR), an institution promote by ICICI Bank, as the Director on July 1, 2004. He took over this assignment on retiring from the services of ICICI Bank Ltd as General Manager. He is a postgraduate in Chemical Engineering from the Indian Institute of Technology, Mumbai and a Chartered Financial Analyst from Institute of Chartered Financial Analysis of India. He is also an alumni of the Sloan School of Management, Massachusetts Institute of Technology, Boston, USA. Before joining IFMR, he worked with ICICI Bank Ltd and was the General Manager till July 31, 2003. In this capacity, he had handled several assignments including supervising groups dealing with structured financial products, oil, gas and infrastructure financing and technology. He has authored about 21 articles in reputed National and International magazines on these subjects. He has negotiated agreements with multilateral institutions on behalf of ICICI Bank. He was deputed by ICICI Bank for training overseas financial institutions on appraisal of industrial projects. He has been an examiner for the courses conducted by IIT Mumbai and Project Evaluator for Technology Development Board, Government of India. He serves as a Director in the Board of Directors of seven companies as ICICI Bank nominee as well as independent director. He has lectured in Project Finance at several institutes such as National Institute of Bank Management, Bankers’ Training College, FICCI, National Productivity Council, Grindlays Bank etc. He was a member of the Development Council constituted by Government of India for man made fibre industry. He has been in the management committee of Indian Institute of Chemical Engineers (Western Region) and was a member of the National Executive Board of Indian Chemical Manufacturers’ Association in his personal capacity. He was a member of Finance and Taxation Committee of CII (Southern Region) and is also a member of the Advisory Committee of the All India Council for Technical education (AICTE), Southern Region.