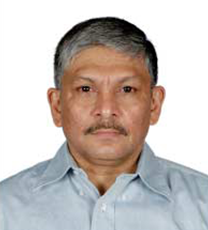 Arjun Chakraverti has a degree in Economics from Delhi University and a PGDM from IIM Calcutta, graduating in 1985. Over the course of the next 16 years, Arjun worked in Marketing and General Management roles in several industries, including FMCG, Agricultural Inputs, Telecom and IT-enabled services in companies promoted or managed by Motorola, US West, British American Tobacco and Sime Darby, among others.

Among other notable assignments, Arjun anchored the transformation (1993-96) of the Farm Inputs Division at EID Parry Ltd. from a distribution-oriented operation to a market-driven operation. The methods he helped introduce at the time, saw EID Parry attain a leadership position in the market and have since been emulated by several other companies.

In 1996, he helped pioneer the telecom revolution in Maharashtra, heading the Sales, Marketing and Service Delivery functions at BPL US West Cellular where he oversaw the launch of cellular telephony into Maharashtra, including into rural areas. His stint (1998-2000) with the paging services operation of Motorola saw the introduction of several new technological innovations in the direction of enhanced service offerings to the customer.

In 2000, he was invited to join the revolutionary financial services portal, Netfinex as Chief Marketing Officer. Since 2001, Arjun has been a full-time Management Consultant, advising corporations in India and abroad on matters pertaining to Strategy, Marketing and integration issues. Given the number of start-ups that he was associated with during his career, he also takes an active role in advising start-ups, especially in the Technology Industry. Since 2004, Arjun has been involved in Management Education. He has been associated with Great Lakes Institute of Management since shortly after its inception in 2004 where, among other things, he teaches Technology Marketing.

Since 2006, he has also been associated in an honorary capacity with NGO initiatives in rural Tamil Nadu, focusing mainly on the development of entrepreneurship among the most marginalized sections of rural society.